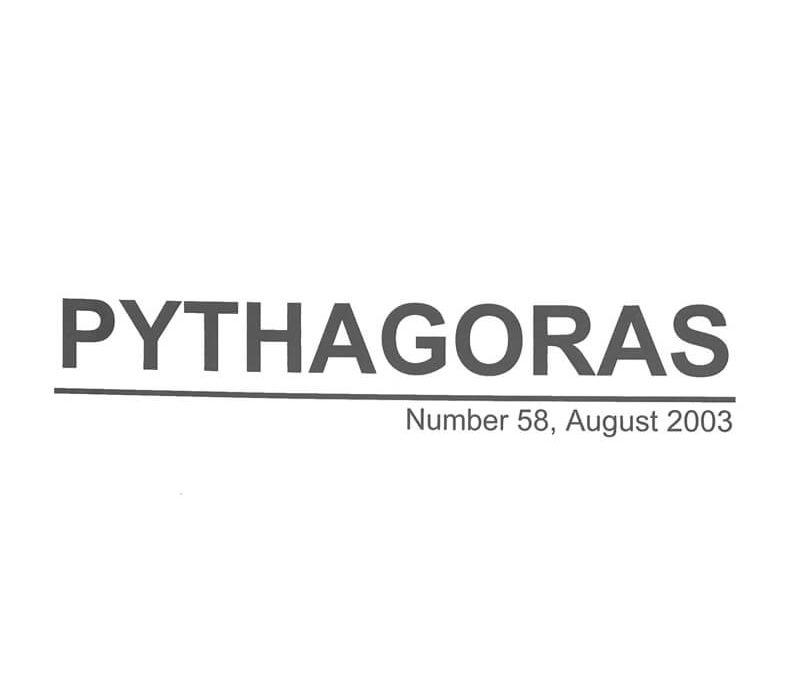 Windows on a child’s mind

In this feature, we look at specific instances of children’s thinking, and reflect a little on the reasons for and implications of the episodes described. We invite all readers to submit similar examples. Please give a brief description of the background, and if you want to, a discussion of the episode. From our side, we may add comments and discussion.

During a personal interview I asked Emma, a bright and confident Grade 6 learner, whether she liked mathematics. She replied, “Oh yes, I quite like it but it’s just when we have to write exams, I get scared”. She explained, “You have to get many things in your head for the exams”. She also seemed happy with the marks she gets for mathematics.

Emma performed quite well on the tasks I set her. She could recognize and extend patterns and proved that she was willing to figure out things for herself.

When I asked her wat ⅓ of 30 was, she immediately responded: “Oh that’s the E-rule!” She gave the correct answer and explained the “E-rule to me. A figure like a capital letter E is drawn from the numerator to the denominator to the number following the “of”. Two dots indicate a division of 30 by 3, and then there is a multiplication sign on the part of the line between the numerator and denominator of the fraction:

When I asked her to do ⅓ of 45, she wrote down the E-rule again, but got 81 as her answer. I thought it was a slip and asked her if she was sure about the answer, but she insisted that the answer was correct and showed me how she got the answer.

She repeated the same procedure when she had to find ⅔ of 45.

I tried to get her to reconsider her answer, saying, “Remember, you have to find a third of 45. A third is only a part of 45”, but she felt confident about her answer, showing her method again. I then gave her the following problem:

There are 45 Smarties in a box. You can have a third of the Smarties. How many would you get?

Emma’s initial remark about “getting a lot of things into her head” and the sadness of her not trying to make sense of what she was doing (although she clearly had the ability), reminded me about what Carpenter and Lehrer said about learning:

“When students learn skills without understanding, the role application of the skills often interferes with students; subsequent attempts to develop understanding” (Carpenter and Lehrer, 1999-31).